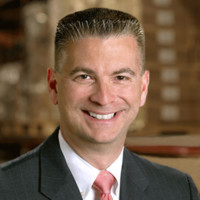 Jay Galeota is the President and Chief Executive Officer of Inheris BioPharma, Inc. Most recently, Jay was President and Chief Operating Officer of G&W Laboratories, Inc. He is a 31-year industry veteran and spent 28 years at Merck & Co., Inc, where he served in many diverse positions across commercial operations, business development, strategy, and innovation, both globally and in the U.S. Jay is known for his passion for innovation and development of break-through products and business opportunities. Jay’s last role at Merck was Chief Strategy & Business Development Officer and President, Emerging Businesses and prior to that, he served as President of Hospital & Specialty Care, which represented more than $10 billion in worldwide revenues for the company. Previously, he served as Senior Vice President of Global Human Health Strategy and Business Development, where he helped establish Merck's Global Health Innovation Fund and the Innovative Venture Group to incubate businesses that broadened the company’s portfolio and established leadership in key therapeutic areas and markets. Jay was instrumental in bringing Merck into diabetes and led the team that developed and launched Merck’s top grossing products, Januvia and Janumet. After the merger of Merck and Schering-Plough in 2009, he led the integration of the global pharmaceutical and vaccine businesses. Jay started his career in the commercial organization at Merck, where he held various US and global leadership positions and led numerous brands and key product launches across a variety of therapeutic areas. Jay holds a Bachelor of Science degree in biology from Villanova University and is a graduate of Harvard Business School's Advanced Management Program. He is an Independent Director at Melinta Therapeutics, Inc. (MLNT) and Assertio Therapeutics, Inc. (ASRT), and is on the boards of Hackensack Meridian Health System, Harvard Business School’s Healthcare Alumni Association, the New Jersey Symphony Orchestra, and the Metuchen Edison Woodbridge YMCA. Jay is also a member of Villanova University’s Deans Advisory Council. In addition, Jay currently serves as the Honorary Commander of the United States Air Force 113th Wing, DCANG, Joint Base Andrews and has been a guest lecturer at the Wharton School of the University of Pennsylvania. Jay is also the co-author of several publications in Harvard Business Review and Chief Executive. Jay currently resides in New Jersey with his wife and three children. In addition to business, his interests include sailing, skiing, flying, automobiles and music

Check out the incredible speaker line-up to see who will be joining JAY.

Download The Latest Agenda
We use cookies and similar technologies to recognize your visits and preferences, as well as to measure the effectiveness of campaigns and analyze traffic.
To learn more about cookies, including how to disable them, view our Cookie Policy