North Africa, along with its neighbour the Middle East, is playing an increasingly important role within the pharmaceutical industry, and as such its need for an effective, secure cold chain is growing accordingly.

Figures frequently quoted from the Cold Chain Biopharma Logistics Sourcebook revealed by the year 2014 seven of the top ten pharmaceutical products will require cold chain handling, leading to an increase in regulation.

"This activity is being driven by a combination of where the biopharma industry is going - toward more biologics - and the global industry's push into emerging market," Nick Basta, co-author of the report and editor-in-chief of Pharmaceutical Commerce, noted.

As one of the largest pharmaceutical markets in the North Africa region, the Egyptian cold chain is perhaps one of the most developed in the area and serves as a good example. The country is both a large importer and exporter of pharmaceutical products.

Dr. Magdy Hassan, chairman of HoldiPharma,which opened its first cold chain pharmacy in Bab El Louk in 2009 and said the EGP 3 million to 3.5 million project, "will be the model for Egyptian pharmacies in the coming 20 years."

The pharmacy is designed to deal with products which must be stored at a temperature between 2 degrees C and 8 degrees C but Dr. Hassan, who is also the chair of the Pharmaceutical Cosmetics & Appliances' Chamber, warned it takes a significant period of time to bring new developments to the standard expected by the Ministry of Health.

"Breaking the cold chain endangers the lives of patients. It will take us almost three years to implement the proper storage standards set by the Ministry of Health," he explained.

With the need for vaccines so strong in some countries in the North Africa region, the World Health Organization (WHO) also takes an interest in how cold chains in the region are developing.

The organisation has previously identified some of the issues which could be rectified to improve cold chain best practice in the country.

"In Tunisia, there are several public and private sector supply chains for vaccines, temperature sensitive products, and drugs. These supply chains run in parallel which leads to a duplication of efforts, inefficiencies and higher overall costs to the health system," the WHO noted.

It recommended working on collaboration with the Tunisian Ministry of Health to streamline the cold chain by reducing the number of steps vaccines need to reach their final destination, by bypassing a major depot in Tunis.

One of the key concerns for the pharmaceutical industry is securing its supply chain to prevent counterfeit drugs from entering the system, and this is equally important in the cold chain given the potential for breaches to have a severe impact on public health.

Again, Egypt with its vast market is one of the countries which suffers most with the issue and Sanofi-Aventisis one of the multi-national pharmaceutical companies involved in combating the problem.

In partnership with theEgyptian Ministry of Health, the company is implementing a three-phase plan, which began with educating authorities on how to use the latest anti-counterfeit detection techniques. It was launched in 2010 to commemorate Sanofi-Aventis' 50th anniversary of operations in Egypt.

An article in Business Today warned currently Egypt does not have the controls in place to deal with the problem, meaning drugs companies and pharmacies must be ever vigilant to the prospect of counterfeit drugs being distributed through a legitimate supply chain.

"Because of the sophistication of the counterfeit drug mafia, it is increasingly difficult to differentiate between original and counterfeit drugs. The issue needs to be tackled at the source - pharmacists should only deal with authorised distributors who in turn represent the manufacturing companies," Dr. Hassan from the Pharmaceutical Cosmetics & Appliances' Chamber concluded. 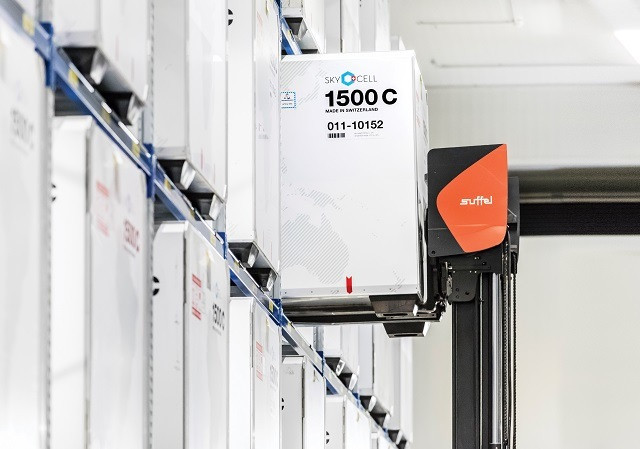